ERNEST’S FLOWER SHOPS (THE ALBUM) OPENS UP TO RAVE REVIEWS 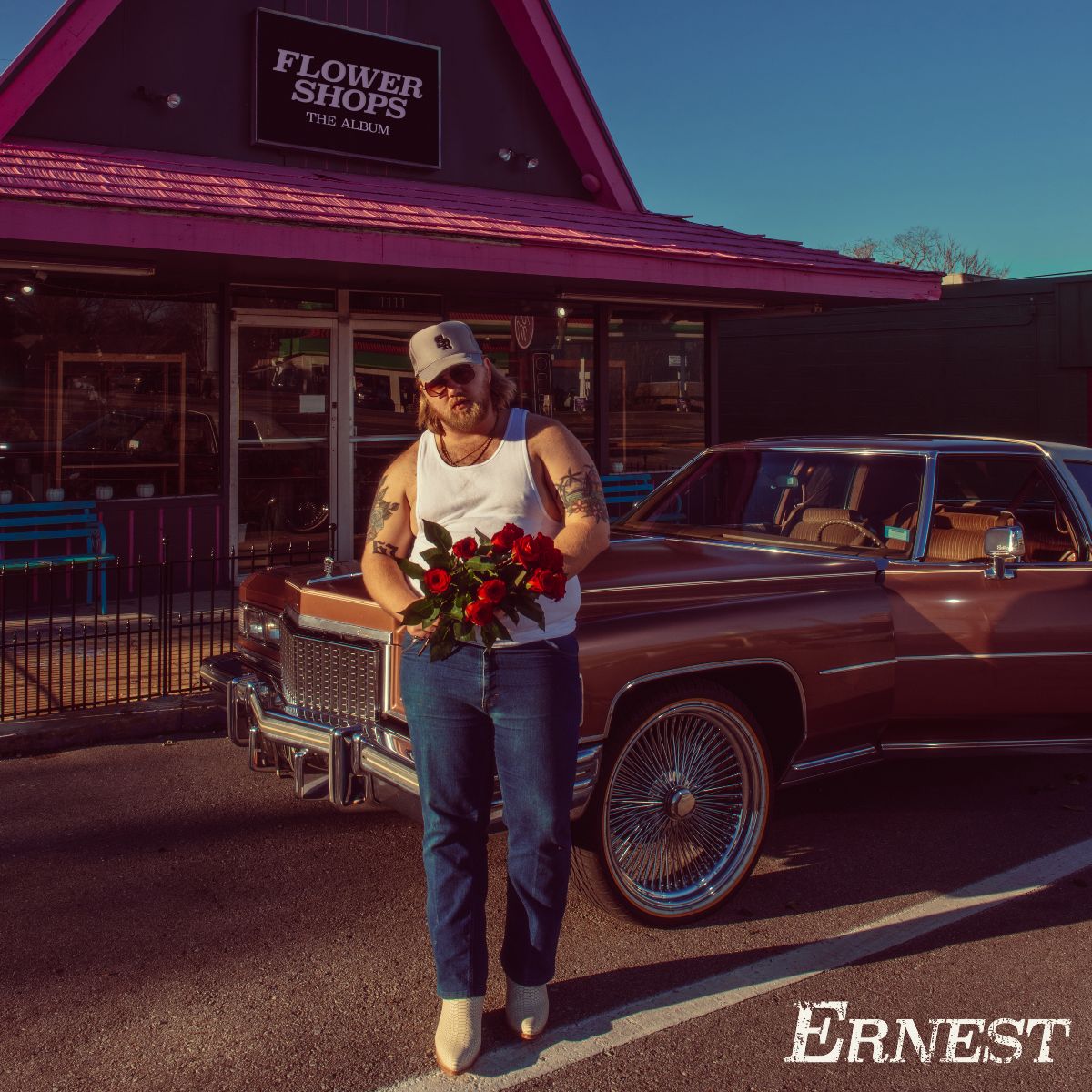 NASHVILLE, TENN. – Debuting as the No. 12 album of the week on Billboard’s Top Country Albums chart, ERNEST’s March 11 full-length release FLOWER SHOPS (THE ALBUM) has already proven itself as a debut to remember. Scoring 8.7 million U.S. on-demand streams in its first week alone, the “sonically beautiful record” (Grady Smith) has quickly won critics and fans alike.

“This year, Ernest is breaking through for his own artistry…” – Billboard

“…introduced a fresh yet innovative blend to the honky tonk genre.” – CMT

“‘Flower Shops’ paints a picture of a roller-coaster relationship, and a love on the brink of loss.” – Outsider

“ERNEST could currently be the busiest – and most consistently successful – creative force in Nashville.” – Tennessean

To help celebrate the album’s success, the “marvelously evocative storyteller” (MusicRow) lit up two nights worth of wall-to-wall crowds at renowned venue Exit/In in Nashville last week. Treating fans to a night packed with good music, ERNEST sailed through an hour-long set of new tunes, past hits, and chart-topping songwriting cuts, alongside performances from a Texas twosome of openers – labelmate Jake Worthington and riser Tylar Bryant.

“I’ve grown up going to shows here so to get to do this for y’all is sick,” the crooner shared as he opened up the show the same way he does on the record, with a triple shot sequence of “Sucker For Small Towns,” into “Tennessee Queen,” into “Classic.” As the night continued, fans sang every word of the just-released project while ERNEST put his hosting skills to good use.

Closing out his high-volume set with an encore, he thanked the room sincerely; “This gets more fun every single night because of you guys. This is my first single at country music radio, it’s called ‘Flower Shops’,” before diving headfirst into his skyrocketing Top 25 debut single.

Up next, the singer/songwriter takes his live show to Tortuga Music Festival in Fort Lauderdale, Fla. and Crawfish Music Festival in Biloxi, Miss. this April, before opening for Morgan Wallen on his sold-out Dangerous Tour throughout the summer. On June 11, the two will join Eric Church at U.S. Bank Stadium in Minneapolis, Minn. for a one night only concert.