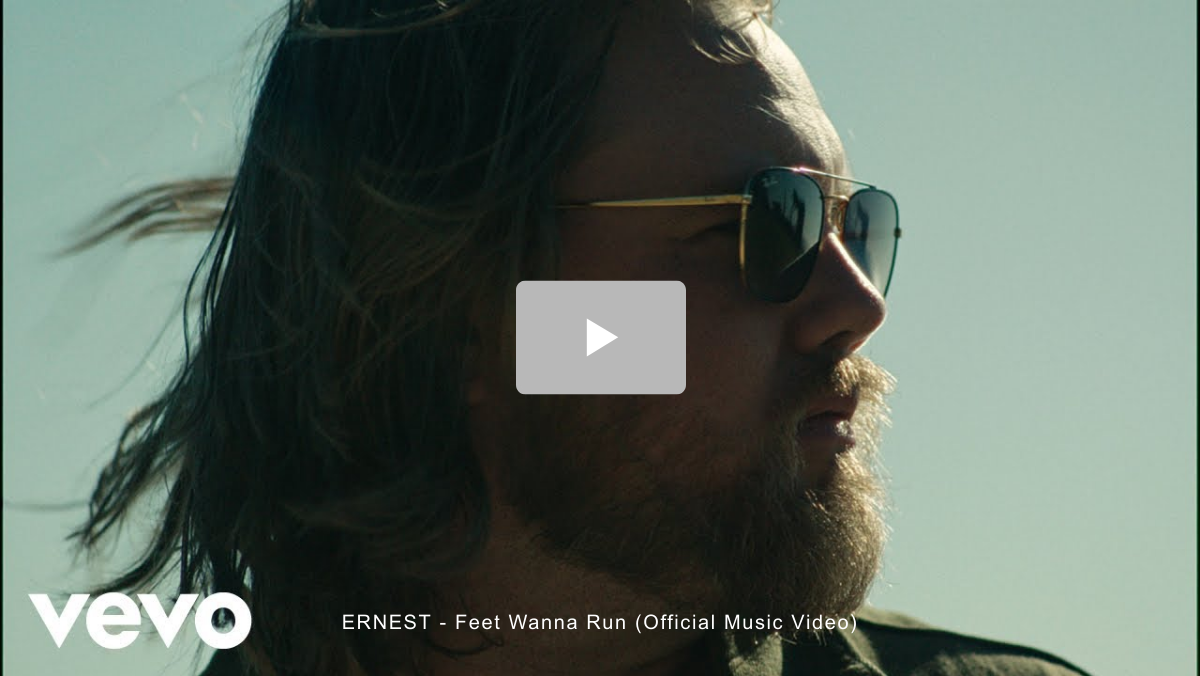 NASHVILLE, TENN. – Today, country music hitmaker ERNEST takes fans to Big Sur, Cali. in his official music video for “Feet Wanna Run” from his debut full-length album Flower Shops (The Album). Shot on the scenic Pacific Coast Highway, the elevated video directed by Justin Clough features ERNEST’s 1975 Coupe DeVille, shipped out specially for the occasion, driving along the coastal route’s stunning ocean waters. As he chases the sunset, caught between his heart’s desire to stay and his urge to run, the lyrics he penned alongside Chris LaCorte, Brad Warren, and Brett Warren come to life.

“The video is a vibe,” ERNEST shares. “I saw the Pacific Coast Highway in my head from the second we started writing the song. When it came time for the video, I knew most folks rent old cars for videos, but I thought why not ship mine out to California and make a little trip out of it. I’m so glad I did because I’ll have those images and footage forever. The video looks like the song feels, and that’s important to me.”

Praise continues to roll in for the rising star with inclusion in the Tennessean‘s 2022 best Nashville albums (so far) which notes his “stunning return to country music’s traditional essence” and HITS‘ 2022 Nashville Spotlight Issue raving “Ernest embraces the genre’s deep roots and seeks to modernize them for today’s younger generation.” The hitmaker is taking “Feet Wanna Run,” debut single “Flower Shops” feat. Morgan Wallen and more from critically acclaimed Flower Shops (The Album) to fans on the road this summer, opening select dates on Morgan Wallen‘s sold out Dangerous Tour and fairs and festivals nationwide.